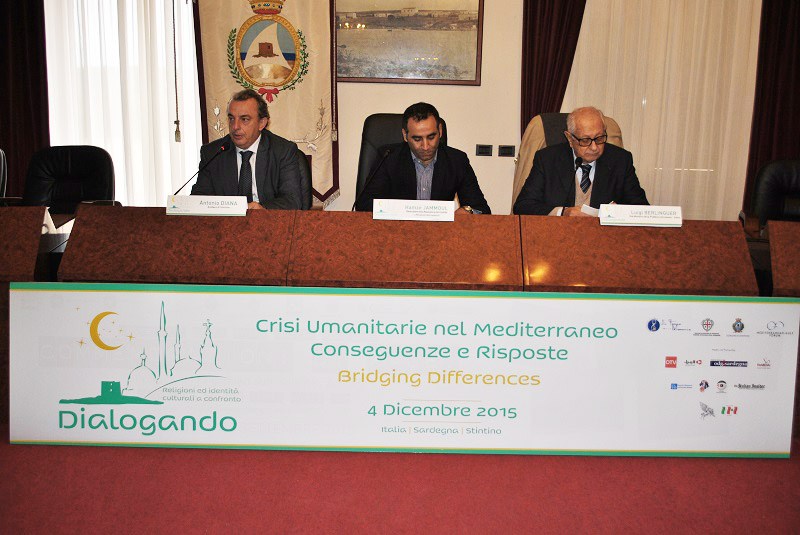 “Europe can not move alone against Daesh. There has to be Russia, China, the whole world against the Islamic State,” Rabino, a member of the Chamber of Deputies foreign affairs committee said at the Mediterranean Gulf Forum conference in the Sardinian resort town of Stintino. Ali Alayed, former Jordanian minister of Information, called for military action against terrorism coupled with political dialogue to help defeat its root causes. “Without any effort to resolve the crisis in the Middle East there will be tremendous consequences not just for Europe but globally,” Alayed said. “We all need to fight terrorism. Isis are not just killing non-Muslims, they are killing Muslims as well.”

Corsican politician Henri Malosse, former president and a member of the European Economic and Social Committee, for his part said the migrant crisis “is a refugee crisis but also a crisis of the European Union because it hasn’t been able to deal with any of the big problems that have arisen recently — the economic crisis, migration and terrorism.” The EU faces a credibility crisis, Malosse said. “The main reason is because we didn’t make a choice between being real union with a common foreign policy and retaining national sovereignty.”

Malosse noted that the Middle East crisis has affected Lebanon, Jordan, Turkey and Tunisia far more than Europe. In Lebanon there are 1.5 million refugees in a country of 6 million but people are not complaining. He urged France and Italy to relaunch the idea of Mediterranean union which could provide a political solution to regional problems, he added. “The possibility to build a stronger Europe has passed. Now we have 20 years to build a vision for the Mediterranean.”

Stintino Mayor Antonio Diana opened the conference by recalling how 27,000 sick refugees from the Balkans were brought to his area of Sardinia 100 years ago by France and Italy during the First World War. A century later the conference represents a desire “to send a message for the conditions of such people to change, to say that something can be done.” Hamze Jammoul, a researcher in Conflict Research and International Relations, called on italy to play a bigger role in the Mediterranean, arguing Rome is punching below its weight unlike France and Britain.